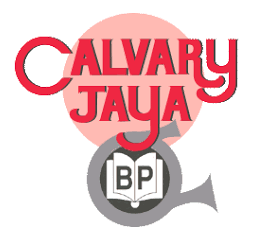 “His body shall not remain all night upon the tree, but thou shalt in any wise bury him that day; (for he that is hanged is accursed of God;) that thy land be not defiled, which the LORD thy God giveth thee for an inheritance.” Deuteronomy 21:23

Lately, the question of whether Christians should bury or cremate upon their home-going was raised. To answer, let us refer to the book “Theology for Every Christian”- A Systematic Theology in the Reformed and Premillennial Tradition of J Oliver Buswell by Timothy Tow and Jeffrey Khoo @ 2007 FEBC (Burial or Cremation? pp 447-450). In this Bulletin, due to space consideration, the most appropriate information is reproduced herewith:

“Burial (not cremation) is the biblical way of putting to rest the body of those who have been called home to be with the Lord. The reasons are based on Scripture and Doctrine.

Cremation is the ancient method of disposing the dead by burning. It was practised by the Canaanites in the time of the Old Testament. It was not only a heathen practice but also a sign of divine judgement. Dr John J Davis in his book, What About Cremation? said that cremation “was both early in origin and widespread in geographic scope. For the most part, it was associated with pagan ideas about the essence of life or mythical beliefs regarding the afterlife.” Cremation is tied to the heathen practice of offering human sacrifices. God commanded the Israelites not to follow this cruel and hateful practice in Deuteronomy 12:31. For the heathens, cremation was the way to send off both the living and the dead to the netherworld. Is it no wonder that non-Judeo-Christian religions like Hinduism and Buddhism also practise cremation?

The Jews regarded the act of cremation as a form of idolatry. Israel in keeping herself distinct from the heathen nations, and in obedience to the command of separation, practised burial instead of cremation. To prove that the divinely sanctioned method is burial and not cremation, the Jews cited Deuteronomy 21:23 (see also Gen 23:19, 35:8; Deut 34:6; 1 Kgs 11:15, 22:37, Ezek 39:15).

Cremation is also a sign of judgement. In the Old Testament, cremation was done to dishonour or punish those who had sinned against God. Achan, for his sin of idolatry, was punished by fire (Josh 7:15, 25). Fire is a symbol of God’s judgement. When the wicked priests (Nadab and Abihu) offered strange fire before God which He commanded them not, “there went out fire from the LORD, and devoured them, and they died before the LORD” (Lev 10:1–2). God destroyed the homosexual cities of Sodom and Gomorrah with brimstone and fire (Gen 19:24). The nation of Moab too faced God’s fiery judgement (Amos 2:1–2). In the New Testament, we find the same teaching that fire and burning point to God’s judgement and disapproval. In Acts 19:18-19, the newly converted believers renounced their heathen past by burning all their books on witchcraft and sorcery. Peter prophesied that God would destroy the whole universe one day by fire, “But the heavens and the earth, which are now, by the same word are kept in store, reserved unto fire against the day of judgement and perdition of ungodly men” (2 Pet 3:7). At the judgement of the great white throne, all the fallen angels and all the finally impenitent will be cast into the lake of fire for eternal punishment (Rev 20:14–15).

Calvin wrote, “Burying has been held as a sacred custom in all ages; for it was a symbol of the last resurrection.” We bury because of (1) the doctrine of the resurrection and (2) the doctrine of the body. Burial is meaningful to the Christian because it points to the future resurrection. This was certainly what the Apostle Paul had in mind when he said, “Therefore we are buried with him by baptism into death: that like as Christ was raised up from the dead by the glory of the Father, even so we also should walk in newness of life. For if we have been planted together in the likeness of his death, we shall be also in the likeness of his resurrection” (Rom 6:4-5). When we bury the human body, it is like sowing a seed into the ground; at the appointed time, it will sprout out of the ground as a plant. God will one day raise up our body just as He raised Christ’s (1 Cor 15:42-44).

Cremation, on the other hand, with all that fire and burning, would only evoke thoughts of punishment and judgement. Would not the message on the Christian’s blessed hope of a future resurrection be contradicted by rolling a casket into the furnace? The fire gives a picture of hell, not heaven. Clearly, cremation illustrates the eternal destiny of unbelievers, and not of believers.

The Bible teaches that man consists of two parts: (1) the body and (2) the spirit (Gen 3:19, Luke 23:43, 46, Eccl 12:7). The spirit relates to God (John 4:24, Rom 8:16) while the body allows man to subsist on earth. For Christians, the body is also the temple of the Holy Spirit (1 Cor 6:19). Although at death, the spirit will be separated from the body, both will be rejoined at the time of the resurrection (1 Cor 15:44). This awakening will happen when Christ returns. So the body is an important part of man and must be treated carefully even at death.”

Conclusion: Christians upon their home-going, should not be cremated as cremation is associated with rites that are incompatible with many basic tenets of the Christian faith.

Burial Plots: Some members of CJBPF have brought up the issues of cost and lack of burial lands as reasons for opting to have cremation rather than burial. By God’s providence, in early May 2022, CJBPF was approached by a person from Nirvana on whether CJBPF would consider to purchase burial plots for the home-going of her members. The Session in her meeting on 22nd May 2022 had agreed to purchase the available plots i.e. 3 plots of 4 burial lots (i.e. 12 burial lots) in Nirvana, Semenyih at RM40’000 per plot. Thus, a total sum of RM 120,000 for 3 plots (i.e. 12 burial lots).

These burial lots will be made available to members who need assistance, financially lacking and seeking burial but are not able to get burial lots. The Session had yet to work out the details on the administration of the burial lots. Once done, this will be made known to those who enquire.

May God’s people understand and practise burial upon their home-going. Cremation is associated with rites that are incompatible with many basic tenets of the Christian faith.